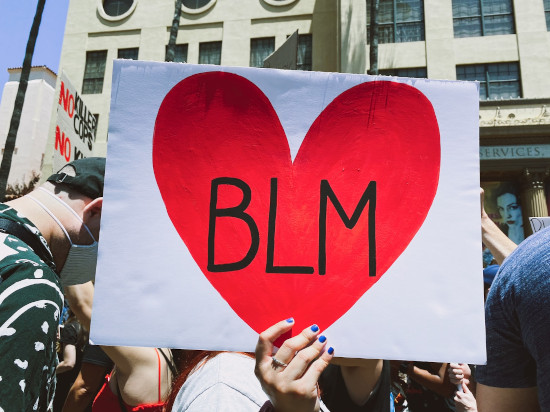 I am a white woman looking to break through my own denial. That means recognizing my white privilege in a process I have been exploring on Leading with Health. As part of my episode, 7 Red Flags of White Privilege, I came up with seven things white people should look for in order to see their privilege.

There is a classic meme that asks “Where does a mansplainer get his water?” And the answer is … “From a well, actually.” As anyone who has ever experienced mansplaining in action, it is incredibly annoying. Basically, it’s when some guy ignores whatever you said – and certainly ignores your qualifications – and then starts pontificating at you. It’s all the worse when they know less than you do. Which is invariably the case.

So, if we white women hate it when men do this to us, it’s not a big leap to imagine how much Black people must hate it when we do this to them. So pay attention to your words. If you start hearing “Well, actually …” leap out, check yourself. Is your privilege doing the talking?

I get it. It feels shitty to realize how privileged you’ve been and all the entitled things you’ve done that you haven’t even noticed. Believe me, I’m in the same boat. The thing is, our Black friends and colleagues aren’t there to assuage our guilt. They also aren’t there to throw us a party for finally seeing what they have been dealing with all along.

So, work through your issues on your own. Or get a therapist. Whatever – but don’t approach the Black people in your world and ask their forgiveness. (And for the record, slavery isn’t a forgivable offense. The best we can do is acknowledge how awful it really was and work actively to repair the damage.)

There are a lot – A LOT – of books and videos out there that can help white people figure out what we’re missing and what the impact of our privilege actually is. These books and videos were put out there by Black people who have willingly taken on the burden of teaching white people how to recognize things that are incredibly obvious to everyone else. And let’s be real, it is a burden. Think how much we women like trying to explain to some guy why something he just said is sexist. It’s no fun. And explaining racism to us is no fun, either. But these authors and creators have taken on that burden. Just remember, nobody else has. Your Black friend hasn’t. Your Black colleague hasn’t.

So don’t expect your Black friends and colleagues to bring you up to speed. There are plenty of resources out there; go find them. Read them. Listen to them. Do your own work. You can start with So You Want to Talk about Race.

Seriously, what is this?? Apparently, a lot of white people think it’s perfectly reasonable to go up and start touching Black people’s hair. Honest to god. I keep hearing about it so I know it’s true but I still struggle to wrap my brain around someone who thinks it’s okay to go up and start touching another person. I figure these are the same folks who go up to pregnant women they don’t know and touch their bellies.

So the fix here is easy. Stop touching people without permission. And, before you go there, don’t even think about asking for permission to touch a stranger’s hair. Just, no.

5. Pretending we have experienced something we haven’t.

Yikes. I’ve done this. It’s mortifying but true. For me, it was trying to pretend I understood financial struggles that I’d never experienced. And it was layered with racist disparities that I didn’t see. At the time, I thought it was about not wanting to seem like I had something other people didn’t (even though that was the truth). But now I think it’s about wanting the focus to stay centered on me, even when it isn’t. Not pretty. The fact is, white people have no idea what it feels like to be on the receiving end of racism. And even if we have experienced hardships, there is a layer to that hardship that we did not have to deal with.

So the fix here is pretty straightforward: shut up and listen. Our story does not always need to be center stage. Maybe it’s time we played back-up for awhile.

Let’s imagine you work your ass off, against all kinds of systemic and structural odds, and you earn yourself a PhD or an MD. And you show up on some highfalutin academic panel only to watch as every other person gets introduced as Doctor So-and-So, except you. You’re “Donna Roberts” or “Ms. Jackie Connor.” Even though you are actually Doctor Roberts or Doctor Connor. This is the kind of thing that happens to women all the time – and we hate it. Which makes it especially unacceptable for white women to do this to Black women. And no white person should to do this to any Black person. Period.

Okay, I am the worst at this because I talk over everybody. But when white people talk over Black people, there’s a whole lot of baggage that comes with it. It becomes a silencing – or, worse, a complete co-opting of their thoughts. As with so many of the items on this list, these are things white women hate experiencing from men, which makes it all the worse when we go and behave like this ourselves.

So the solution here is to pay more attention to when we are talking and when we should be listening. And if a Black friend or colleague wants to speak, that’s a real good time for us to listen. And if they are not speaking, that may be a good time to ask for their thoughts. Unless it’s to ask them to explain racism to a whole group of white people. In which case, we need to see #3 above and keep quiet.

Keep Working at It

I am no expert at racism, antiracism or white privilege. But I do know that it cannot be fixed in a day. So keep working on it, keep learning – and don’t give up when it gets uncomfortable. Because that’s the moment you’re looking for. That discomfort is where real change starts to take place.

Historically, white people have set the bar pretty goddamned low. So whatever you find in yourself isn’t going to be the worst thing ever. So look at it. Own it. And heal it. Heck, if I can do this, you can, too.

Photo by Polina Portnaya on Unsplash