Deirdre Cooper Owens on the History of American Gynecology 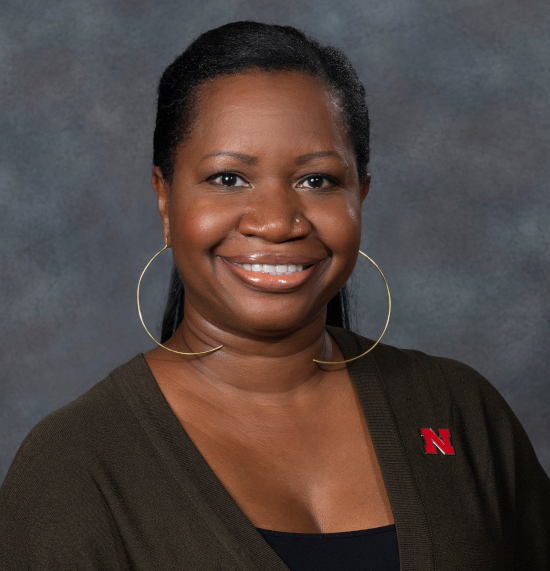 Our medical system did not form out of thin air, yet most healthcare professionals are not aware of its history. In this episode of Leading with Health, Professor Deirdre Cooper Owens joins me to discuss the history of American obstetrics/gynecology and its connections to slavery.

Dr. Cooper Owens is currently The Charles & Linda Wilson Professor in the History of Medicine and Director of the Humanities in Medicine Program at The University of Nebraska – Lincoln. She is also Director of The Program in African American History at The Library Company of Philadelphia, the country’s oldest cultural institution. Her book, Medical Bondage: Race, Gender and the Origins of American Gynecology, won the 2018 Organization of American Historians’ Darlene Clark Hine award for the best book published in African American women’s and gender history. She is an in-demand public speaker who discusses the history of reproductive medicine and social justice issues that concern reproductive justice across the country.

3:28 – DCO: “When we use the language of patient-blaming by some doctors and nurses, all you have to do is open up an 18th century or 19th century medical journal article and you see that that kind of behavior was present then.”

8:26 – DCO: “The history of American gynecology is deeply rooted in slavery, which I think is surprising to many people. But it’s also deeply rooted in the South, which historically is a kind of backwards region. One that was not concerned with technological developments or advancements.”

9:00 – DCO: “Most of the advancements that happened early on, particularly in the 19th century or early 1800s, were happening because elite, white medical men had access – carte blanche access – to black bodies. In particular, black women’s bodies.”

9:30 – DCO: “John Archer is a physician who did an experimental clinical trial on an enslaved woman and a white woman who were suffering from obstetrical fistula. … And you see the way he writes differently around black women’s healing and white women’s healing, and the reasons why he chose to have the black woman’s experiment go longer or why he blames her for not healing. He says, ‘If she had stopped engaging in sexual intercourse, perhaps she could have been healed sooner.’ But the reality is, of course, when you are a slave, you don’t own your body so you can’t (choose to) stop engaging in sexual intercourse.”

10:45 – DCO: “What I call ‘racial cognitive dissonance’ is how they would talk about black women’s bodies and their ability to allegedly handle pain much better than white women. They would talk about these differences and at the same time, on the flip side, they were still using black bodies to cure white bodies.”

13:30 – DCO: “I don’t say this in terms of hyperbole when I say that elite white men – whether they were slaveholders or physicians or they set in Congress – they tended to be a collective point of action where they did their best so that black women would at least be reproductively healthy during slavery. So that they were able to continue to birth really valuable commodities. That’s a harsh term, but that’s how the children of enslaved mothers were thought of. As economic incentives.”

17:50 – DCO: “After the ratification of the 13th Amendment, black women who had been seen as different and exceptional for their fecundity, for their supposed ability to get pregnant and not experience pain during childbirth – all of sudden – these women are thought of as economic and financial burdens on society.”

19:15 – DCO: “As the 19th century moves into the 20th century, you now have this idea of the kind of ‘immoral welfare queen.’ Right after the civil war when black women were petitioning as civil war widows to get their husbands’ pensions, they were often not given pensions because they might have remarried or begun dating because their husbands had died. When white women were doing the same thing, they were still allowed to receive their husbands’ pensions although they might have been remarried.”

21:24 – DCO: “It goes to a larger idea around black people, in particular, not experiencing pain. Or if they do, it’s slight, it’s pretty minor. And then when you connect that to obstetrics or gynecology, now you have this kind of deadly mix for the patient, unfortunately, of anti-blackness, anti- womanness.”

22:09 – DCO: “You have these (black) women who complain of the same symptoms (as white women) and they are considered to be histrionic. They are thought to be lying. And so they are not given pain-relieving medicines. They are not given topical anesthetics whenever they are undergoing in-patient procedures. They are blamed for their own illnesses or perhaps even their own deaths or their infant’s death.”

22:45 – DCO: “The kind of statistics we have now, particularly around black maternal morbidity and infant mortality rival those of the 19th century. Which is just frightening because then gynecology was developing. People didn’t know germs existed. They didn’t know germ theory. And yet here we are, well over a century later, and black women are still at higher risk than their white female counterparts.”

25:50 – DCO: “If you’re socialized to have anti-blackness or to be anti-woman, those are the kinds of biases that come up that people are not aware of, even if they share the same racial group or gender group as their patient.”

26:35 – DCO: “How do we now dismantle a structural system that has oppression built into its marrow?”

28:51 – DCO: “I tend to see in more urban areas like New York, in Los Angeles or Oakland and Baltimore … you start to have a number of black women who are entering into the field to become doulas. Although the stats are pretty low for black midwives but you start to see black women who are training to become midwives. The numbers have increased overall for most Ob/Gyn med students and residents … so that’s encouraging in some ways.”

29:45 – DCO: “I think what has to be done is continued push for a change in policy. Fortunately, some states like New York and California have done that, where there is less patient-blaming. People are not just talking about choice but access, which is one of the building blocks of what reproductive justice actually means.”

30:40 – DCO: “There has been a real push in women and our allies on the ground saying to the medical industry, if this were simply the case of black women not taking care of themselves, then why isn’t this the case in majority black countries?”

33:10 – DCO: “Often you’ll see these really misleading and false headlines that will say you are more at risk as a black woman to experience XYZ around issues of pregnancy or childbirth. And it’s not about your blackness. It’s about anti-blackness. Because that really puts the onus on the person who is perpetuating the ways they’ve learned anti-blackness or elitism or classism from a system that has this etched into its memory.”

33:50 – DCO: “When you start to remove the onus from the actual person who has been victimized and you place it on the person who is in fact continuing to repeat behaviors that they know, if they read it in a book, that they would see the problematic nature and the dangerous behavior that they are participating in. So once again, it has to be about implicit bias.”

34:42 – DCO: “If I have a broken ankle or my uterus is retroverted and I’m an opiate user, that still doesn’t mean I’m not experiencing pain.”

42:42 – DCO: “It’s not about the person being black; it’s about the perpetrator being anti-black that is creating this.”