Laurie Cooke – The Effect of Bias on Women’s Healthcare Careers 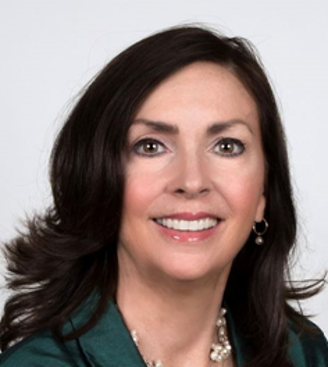 Gender bias in healthcare affects women in a variety of ways: medical decisions for women are often based on biased data sets, and women’s career trajectories are altered by corporate biases. Happily, Laurie Cooke joins me on Leading with Health to shed light on these issues.

Laurie is the President and CEO of the Healthcare Businesswomen’s Association, a nonprofit with a community of more than 50,000 women and men and 150 corporate partner companies dedicated to furthering the advancement and impact of women in healthcare. Laurie is a dedicated advocate, speaker and thought leader for gender parity and a proud mother to two amazing young adults. After living and working on three continents, she calls Philadelphia home with her husband and five rescue animals.

The resources mentioned in this episode are:

4:49 – LC: “Who would ever think there would be a study of breast and uterine cancer that had no women in it?”

5:00 – LC: “There was a longitudinal study looking at aging and, for the first 20 years, there were no women in there. Luckily, this was identified.”

6:47 – LC: “How can we study and treat people with appropriate care if you didn’t have them in the patient population being studied?”

11:00 – LC: “We need to be part of the pool of data and not seen as exceptions, but truly seen as the human body, which is male and female.”

14:40 – LC: “In healthcare specifically, we tend to have more women than men entering the field. And the first rung of management is where the rung is broken. Men are being promoted into the managerial level at a significantly higher rate than women.”

17:20 – LC: “(According to the HLTH report), you definitely see a differential in what men see as top leadership attributes versus what women see. Women rate much more highly communication skills, EQ, collaborativeness, inclusiveness. Men do not rate those in their top three. They tend to move towards things like commitment, strength, hard work.”

26:44 – LC: “Mentoring is a critical component to people moving ahead.”

27:15 – LC: “HBA has a mentoring program because we know not all organizations do. And because sometimes you want a mentor that is outside your company.”

31:29 – LC: “When people are mentoring women, they tend to be mentoring them on how to speak up in meetings, how to get their position made more clearly and effectively. Softer skills. And when they mentor men, the discussion is around finance, business, strategy and that is what will hold someone back. When it’s between two people and one has a stronger knowledge of and can speak articulately about strategy and read P&Ls.”

36:50 – JM: “Whenever I hear anything that I think is cultural being explained as if it’s evolutionary or biological, I get very suspicious. Because it usually means the control group wasn’t designed correctly.”

39:14 – JM: “There is a mythology that sexual harassment and sexual violence is just a misunderstanding and that even a good guy could get caught in it. And that’s not true.”

43:40 – LC: “Aja Newman had the courage and the confidence to bring her story forward. And now we have an organization like TimesUp Healthcare that is able to stand behind her.”

45:00 – LC: “TimesUp Healthcare is a vertical under the TimesUp umbrella and it is focused on the healthcare system. It’s about gender equity, safety and dignity and respect.”