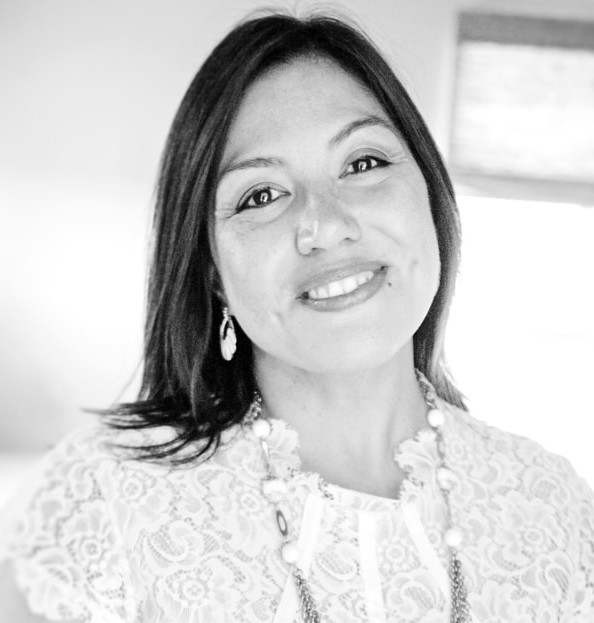 Marinah Farrell, Executive Director of Changing Woman Initiative, joins me to discuss midwifery in North America and the special history it has for Native American communities and communities of color.

Marinah is also the owner of Phoenix Midwife, a longstanding midwifery practice, and Casa Ancestral, which focus on creating a traditional healing space. She has worked as a staff midwife for birth centers and medical facilities internationally. She is the past president of the Midwives Alliance of North America. Marinah also serves as a Board member for the National Latina Institute for Reproductive Justice and as an Advisory Board member for Birth Detroit. She is also the Founder of Parteras de Maiz, an umbrella organization dedicated to advocacy for traditional birth work and health justice, such as the Dignity Birth Campaign and the Good Birth for All network and podcast.

3:05 – MF: “We’re talking like the turn of the 20th century that so many babies were still born at home. They were still born in their communities. You know, they were still born into the hands of midwives or traditional healers but slowly, as modern obstetrics evolved, I always like to say birth and death both were taken into the hospital. So they became sort of institutionalized. And so with that, what ended up happening was that midwives began to become sort of maligned by the medical profession.”

5:59 – MF: “When you think about the reality of these women going to hospitals, there was two streams of thought. There was sort of one of like, well, this has to be better. But then there was also the knowing of many women and communities during that time that they didn’t want to go to the hospital because they were seeing, you know, things like child bed fever. The rates of infant mortality actually increased once birth left the home and went into institutions. So there’s a lot of research around this that it wasn’t better. It never made birth better to do it this way.”

18:42 – MF: “I always encourage Americans to think globally and that’s hard, to really look like how are other people doing this? Like, how is it that in the Netherlands, most everybody has midwives. I mean, it’s huge. Like everybody has midwives in the Netherlands and their moms and their babies don’t die. Their maternal statistics are incredible.”

19:53 – MF: “The World Health Organization says like anything over I think 15% (for C-sections) is absolutely unnecessary. And, you know, we have places in this country, we have hospitals that have an 80% C-section rate, 70% C-section rate. We have states that are definitely in the high thirties for C-section. And then we see our maternal mortality, which, you know, if you are African-American in this country, you have a four times greater chance of dying than a person that’s not African-American. If you are Native American in this country, you surpass every other race in terms of being mistreated when you’re in the hospital. You know, we have all of these statistics and none of them are very good. The United States ranks last in terms of how our families fair when they’re giving birth. And yet the cost of having a baby in this country is way, way more than almost any other country.”

25:09 – MF: “It’s really the people of color in this country that are sort of saying like, Hey, wait a minute. Those birth practices were actually, they were actually ours. Like they belonged in our community and, you know, those were so taken away from us. And now as we see ourselves dying and these high numbers – are being mistreated in these high numbers – we want to go back to that because what we’re understanding is that our medicine saves us. Our culture saves us, you know? And so how do we go back to that? And it’s a part of remembering how birth was before it was taken away. Right before our people in our communities were made to go somewhere else to have babies in a place where nobody looked like us and where we were far away from our families and where we couldn’t have our own ceremonies and our own traditions and things like that.”

29:05 – MF: “(Native American communities) have been incredibly hard hit (by COVID-19) and that the knowledge keepers, you know, the elders and, you know, folks who live rurally, right, live a little bit, sometimes further out, have been really impacted. And that there has been this huge loss, because it was both birth and death. There is a ceremonial aspect that can only be done with your community. And so when your community is on lockdown, or you can only have five people in your house, or, you know, all of these things, it’s not only that that can’t happen. It’s almost like you’re not even able to take a breath. That’s how important ceremony is to traditional peoples. It’s our breath.”

Leading with Health is hosted by Jennifer Michelle. Jennifer has a Master’s in Public Health and Epidemiology and is a former EMT. As President of Michelle Marketing Strategies, Jennifer specializes in healthcare marketing. She is on a mission to create a healthcare system that actually cares about the patients and the providers.