What Healthcare Providers Can Learn from Marketers 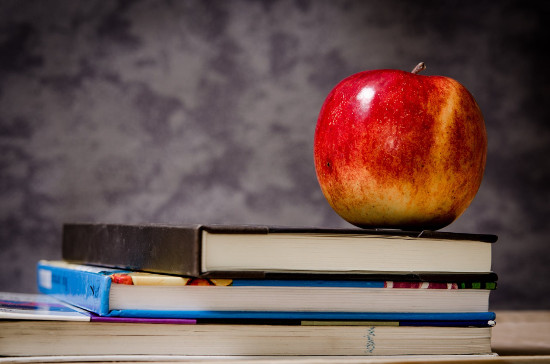 See also: Healthcare Can Learn a Lot from Marketing

It’s no surprise to say that marketing often gets a bad rap. I am probably the most guilty of this since, any time a commercial comes on, I make cute little comments like, “You know they paired that actress with that actor for a reason, right? That’s not by chance.” Or, “Can you even believe how manipulative that is? Did you HEAR the way they edited in that music???”

To me, though, marketing is all about communication. More than that, it’s about connection. And to connect with someone – or a lot of someones – you need to understand them. You need to get inside their head and find out what makes them tick.

Which is why it’s so bizarre to me that our healthcare system is having such a struggle with this. The fact that we even need “patient engagement” programs only shows how much of an afterthought patients really are.

I think we have a “patient-as-afterthought” epidemic.

The symptoms are pretty obvious:

We accept this as normal – but what if this were some other kind of company? Like a shoe shop, instead of a health system. Can you imagine if the shoe salesperson refused to talk about “hiking shoes” and “flats,” but preferred to discuss “requisite sole flexion” or “optimum cushion depth?”

Or a shoe store that labeled anyone who browsed but didn’t buy as “non-compliant?”

Would you think the shoe store had a problem if people preferred to ignore their salespeople – even when they went out of their way to be accessible?

Yea, all that would be weird. And it’s no less weird for happening in healthcare.

Here’s what marketers know that healthcare needs to understand …

People make decisions for emotional reasons. Then they use their mind to rationalize their choices. Marketers know this. In fact, our entire economy is based on this information. But healthcare seems to have overlooked it. Yet, as with so many things in life, just because you don’t like something doesn’t make it any less true.

The healthcare system is biased in favor of rational thought and devalues people’s emotional side. Sure, evidence-based medicine is great. But it is pointless to discuss the evidence with someone who is scared.

It is similarly pointless to discuss it with someone whose self-concept does not allow for them to have whatever diagnosis they have. If you’re not sure what I mean, look up how people in the early 1990’s responded to HIV diagnoses. The stigma was so great that some people simply insisted they weren’t at risk. That’s human nature – and it’s ridiculous for healthcare to think it can sidestep it.

Emotions influence perception and behavior. Feelings of safety and survival come first, followed by a whole bunch of other emotions, and only then comes thought. That’s not because thought is better than emotion; it’s because we need all the different aspects of ourselves in order to be human.

Speaking to someone’s mind without addressing their emotions is a waste of time. Worse, it often feels so cold that patients stop using the healthcare system entirely.

You are not likely to change people’s worldview. Sure, social movements attempt this and – after many years – many succeed. But a healthcare provider does not have that kind of time. Instead, they should do what marketers do: figure out what conversation is already in that person’s head, and start there.

Everyone’s sense of self is informed by their beliefs about the world. We all make associations between those beliefs and any new information we receive. Sometimes that’s helpful; sometimes it isn’t.

But it is always happening.

Let’s say a person feels that they are not at risk for heart disease because they associate that with their grandfather and they are still young. Then it doesn’t help to tell them that 51 isn’t young and their smoking puts strain on their heart.

That seems logical – but it’s going to hit a barrier. Instead, you have to think like a marketer and listen for their worldview. Maybe this person also believes that quitting smoking is too hard to do. So, talking about an easier way to quit might help them feel okay about making that choice – even though they still feel they are too young to be having any problems.

In marketing, you listen for your openings. Healthcare should do that, too.

In healthcare, that something should be “caring.” Yet this, too, is frequently an afterthought. Instead, a generic politeness is used in its place. But this matter-of-factness reads as cold, even when presented with a smile.

Coldness doesn’t build trust. And, if you consider the emotional nature of every human interaction, you can see how coldness would undermine someone’s ability to hear what their provider is saying.

This cold politeness is epidemic in our healthcare system. It’s the lilting voice a nurse uses to answer a patient’s question – all the while not making eye contact. It’s the doctor answering a question – but not responding to the fear in the patient’s voice.

In marketing, any and everything that represents your company has to use the right voice. Healthcare needs to create the voice their communities will respond to. And that voice should not be “clinical.”

By responding to the emotional nature of human beings – and learning some basic marketing skills – our healthcare system could start creating the patient connections they now only dream of. And that would go a long way towards improving people’s health.